XML for Reporting and Document Generation

A Model Document element is used to generate a report that consolidates data from several Model Packages. However, you can build an Enterprise Architect Native Reporting XML file for export to another model using the same concept, structure, and processes.

It could be used to create a WebEA view that is accessible only to authorized users, or to designate a subset of the model to be displayed to those users.

The reporting XML is generated from a Model Document element, to which the individual Packages are added and then written to a separate file.

Each Package (and any sub-structures) listed in the Model Document element will be included in the XML output. The file can then be imported into a different model using the standard Import XML tools.

So what exactly is reporting XML?

What is Report XML?

Extensible Markup Language (XML) offers a method to encourage detailed information identification and is intended to enhance the functionality of the Web. It can be used to create unique markup languages for various types of documents and is actually a metalanguage (a language used to describe other languages).

Markup and content are both components of XML documents:

XML modifications let you make changes to reports in-process without affecting the source file. During runtime, the CUSTOMIZE keyword on the command line allows you to access a customization file and modify the report’s data model and layout.

During runtime, the CUSTOMIZE keyword on the command line allows you to access a customization file and modify the report’s data model and layout.

Any number of these functions, or all of them, can be performed by a single XML customisation file. Using XML, you can construct a data model for a report to be used in a bespoke JSP-based report.

Individual users or groups of users can have their report output modified using XML customizations that you create and apply. The report’s output can be tailored to each reader by filtering out information that isn’t relevant to them.

After applying an XML customisation to a report, you can save the merged definition to a file. You can therefore utilize reporting XML modifications to update reports in bulk. DotNet Reports Builder allows you to modify many reports without swiftly opening each individually.

New RAW XML format element can be used to develop XML-based Electronic reporting (ER) formats. Adding raw XML data to these reports may be desirable in some circumstances.

This way, it is unnecessary to identify various bindings for multiple format elements during the design phase. XML elements can be created during report generation if your data sources have the necessary information.

You can make as many reporting XML files using XPath queries as you like with DotNet Report Builder.

The user-friendly wizard interface allows you to tailor your report to include exactly the information you’re interested in, arrange the data in any way you like, and export it in any of the most popular formats.

In a nutshell, DotNet reporting software makes it simple to generate high-quality reports from your XML data.

Below are some of its most notable features:

The powerful Reporting engine generates visually appealing and practically helpful reports, and the up-to-date design makes the process of creating them quick and painless for end users.

Dotnet Report includes various pre-made Reports, Charts, and Graphs that can be further customized by the user using multiple filters and analytical tools.

The drag-and-drop report builder in DotNet Report allows you to construct both basic and sophisticated analytical reports. Numerous reporting options are available, including charts, pivot tables, summary views, and tabular views. This makes it simple for you to evaluate your data and discover valuable insights.

Furthermore, users can design many Dashboards and arrange the Reports in any way they see fit.

An understanding of data structure is crucial when creating a personal spreadsheet or a global corporate report. When your data is stored as files, you have complete command over how those files are organized and the connections between them.

Your data structure is the backbone of any software that uses it in any way. With DotNet Report, you’ll have complete command over the links and layout, letting you fine-tune the reporting process for optimal performance and efficiency.

You can work with your data effectively using native functions in some file-based systems. DotNet Report Builder will only fill your templates with the information you want to improve performance and scalability.

You have access to a wide range of data selection possibilities thanks to the native features that are included in several file-based data sources, including XML report and Microsoft Excel.

By extending those options with DotNet’s native use of these functions, you can spend less time processing your data and more time consuming it.

DotNet Report Builder is an effective tool for creating reports from scratch or modifying existing ones, including creating complex sub-reports and using drag-and-drop data tags.

In addition, you can insert conditional elements of the document, repeat certain sections of the page, and more with only one tag.

The nuget package makes it easy to integrate the Report Front-open-source, End’s EULA-compliant code into your.NET project. Adding new functionality or altering the design is a breeze.

Well-written documentation for your XML report makes it more accessible to developers and analysts from different teams and facilitates smoother collaboration.

All of the schema’s original code, diagrams, descriptive properties, type hierarchy, annotations, and references to all users are included in the generated documentation.

You can save time and reduce the likelihood of making mistakes by using DotNet Report Builder to create reusable reporting and documentation templates for your reporting XML content. The tool’s support for simultaneous multi-channel output means you can publish your reports in the many formats needed for modern business communications with just a single click.

If you need assistance when using the Custom Report Builder, you can contact support. Contact us for more information.

An XML Generator is a program that can, using XSD as a template, define and produce many XML Documents (Schema Definition). The generated XML file is tailored to the user’s specifications and outputs genuine, well-formed XML. The generator accepts XSD-defined elements as input.

To put it simply, an XML file stores information in the form of nested elements. XML files allow data to be stored in a format that computers can read using tags to define the data element.

XML Schemas and DTDs are two techniques for describing an XML document.

Syntax in XML is the rule governing the construction of XML documents and applications. Learning XML is facilitated by the language’s simple syntax. Here are the most important considerations while writing XML files.

Organizations and systems can utilize XML to exchange the data. Offloading and reloading databases via XML is possible. The information can be saved and organized using XML, providing you with a flexible solution to your data management problems. Combining XML with style sheets is simple and gets practically any desired result.

Let’s work on your
Reports together

Companies and Software Developers across many industries, from banking to oil & gas, to software contractors to SaaS provides, rely on dotnet Report for their Reporting needs every day for their internal and external users to generate hundreds of Reports and Charts

dotnet Report Builder is led by software developers, and we are dedicated to providing a fast, simple and secure Reporting and Analytics solution to other Software Developers.

Join us for a live product demo!We’ll  walk you through our solution and answer any questions you have. 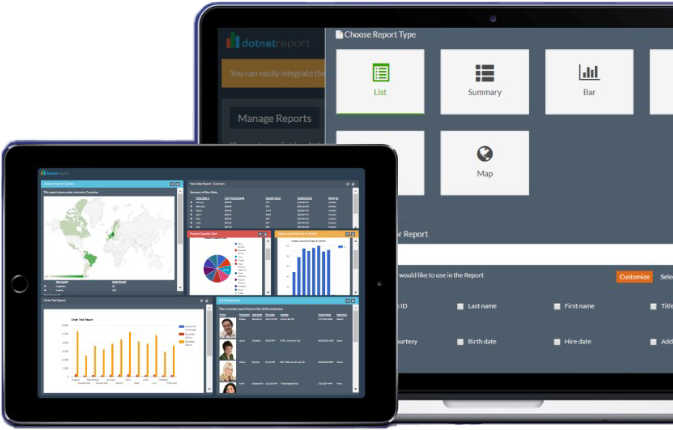